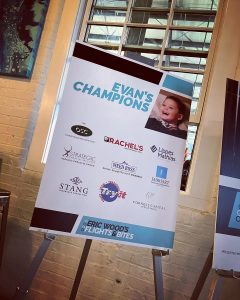 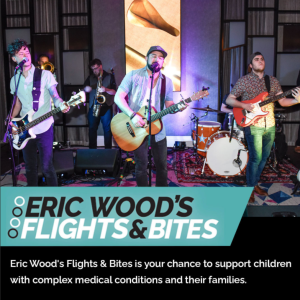 Former Buffalo Bills player Eric Wood has been working to provide a network of resources, inspiration, and hope to children and families since being drafted in 2009. Today, Eric works closely to make a difference in the lives of children and families being cared for at Oishei Children’s Hospital. In 2021, Eric Wood changed the fund’s name to The Evan Wood Fund in memory of his late brother, Evan. He knows firsthand the importance of children’s hospitals and the heavy burden carried by a family who must face serious health issues of a child.

According to The Children’s Hospital of Buffalo Foundation, Eric stated, “My little brother spent the first six years of his life in a hospital,” Eric recalls. “When he came home for the first time, his thin body folded in a wheelchair. Evan had a tube coming out of his neck, part of the ventilator that helped him breathe. And on his face, he almost always had a smile — that Evan smile that, even with the wheelchair, his physical state, and the beat of his ventilator casting a dark cloud, was still bright enough to light up the room. He couldn’t move, breathe or talk on his own. But, man, he had a heck of a smile,”

» To read more on the Evan Wood Fund: https://bit.ly/3bATXgr